When you have been injured in a car crash or been involved in some sort of accident, you are likely to make a personal injury claim against the negligent individual or party who was responsible for causing your injuries. A personal injury claim can help you get compensation for your doctor’s bills, missed time at the workplace and several other losses that you might have suffered due to the accident. 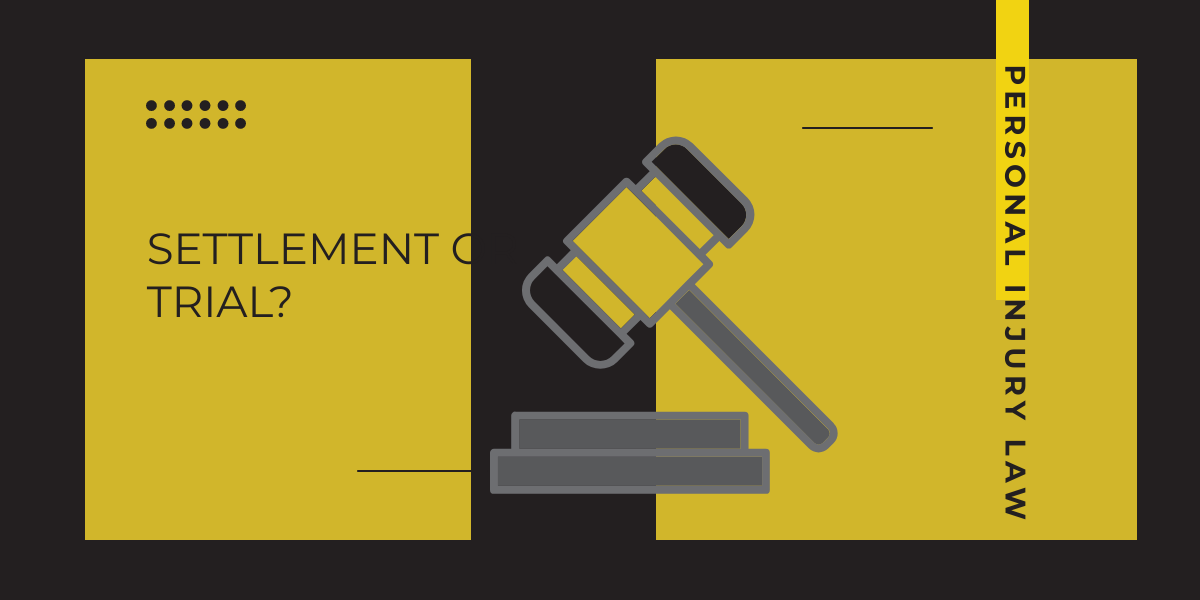 While seeking compensation, you might wonder if you have to go to court. The thought of going to court might bother you big time. Usually, most of the personal injury cases settle out of court. However, you would have to keep in mind that every case is different. So, things can be unpredictable. Keep in mind that there are various factors that determine the fate of your claim. In order to follow the right path, you must go ahead and consult with an experienced Florida personal injury attorney. He/she would be the right person who would know a good deal about the laws of the state.

When you have been the victim in a personal injury claim, a lot of reviewing would be done by your lawyer, the lawyer of the defendant or insurance company. Personal injury lawyers tend to assess all the facts of the personal injury case. Once all the facts related to the case are looked into, the lawyers would start with settlement negotiations, in general. In most cases, defendants plus insurers want to settle as soon as possible. Only a few of them want to go for an expensive trial that might turn out to be lengthy. Several offers might be extended while negotiations proceed. If you tend to receive a settlement that you deserve, you and your lawyer can decide to take it. Thus, you no longer want to take your case to trial.

In certain cases, the defendant might have a hard time believing that they caused the accident. Thus, they might not make you a settlement offer. If that happens, you would have to take them to court in order to receive damages for your injuries. You might also need to go to trial if you and the defendant are not able to agree on the settlement amount.

Going to Trial: Is it a good option?

It completely depends on you whether you wish to accept a settlement offer or go for a trial. When it comes to taking your personal injury case to trial, there are certain advantages. The first advantage is that you might be able to get a grand settlement! However, you might not receive any settlement at all if the jury does not give the decision in your favor. The downsides to a trial are inclusive of the pressures of going to trial plus the duration of the trial. You might have to wait for several months or years to get the right compensation!

Now, you might have decided to settle and accept an offer. If that is the case, you should be aware that when you have “signed on the dotted line”, you cannot go back. You might not be able to change your mind and decide that you want to get further compensation in court. So, you would have to be sure that you are satisfied with the settlement offer. You must believe that it would provide you with the right compensation for the injuries and damages that you have sustained due to the accident.

Things get easy when you have the support of an experienced personal injury attorney. He/she can help you calculate whether a settlement offer is right. If not right, he/she might ask you to go for higher compensation for your injuries. A genuine professional Florida personal injury attorney would guide you through the entire process of the settlement process. He would represent you legally at every stage.

How is the jury selected?

In many states, a jury is a team that decides the major issues in an accident case. The jury consists of twelve persons, in general. However, sometimes it can contain a lesser number of people. The first stage of the trial is known as voir dire. During this stage, the jury members are chosen. In this phase, potential jurors are asked various questions. This helps the lawyers plus the judge to learn about them. This way it can be determined whether the person has any biases that might stop them from being fair.

What are the opening statements?

How is the evidence presented?

Once both sides are done with presenting evidence, each side gives a closing argument. This is the time when each party persuades the jury to draw conclusions from the evidence.